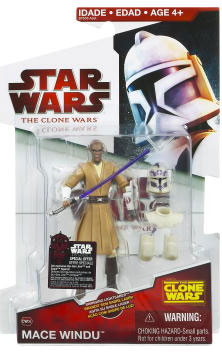 Item Description
Manufacturer:Hasbro Toys
Description Of Item: A new era of Star Wars entertainment begins in 2008 when Star Wars: The Clone Wars, from creator George Lucas, premieres as an all-new feature film in August, followed by the television series debut in the fall, in a partnership announced today between Lucasfilm Ltd. The theatrical debut of Star Wars: The Clone Wars is only the beginning of all-new Star Wars adventures that continue in the fall when the long-awaited television series premieres on Cartoon Network, followed by airings on TNT.
New Items that you may like...

"Great shipping cost and great customer service. I have told my friends and they bought too!"

"Thank you for the great response time and speedy delivery"